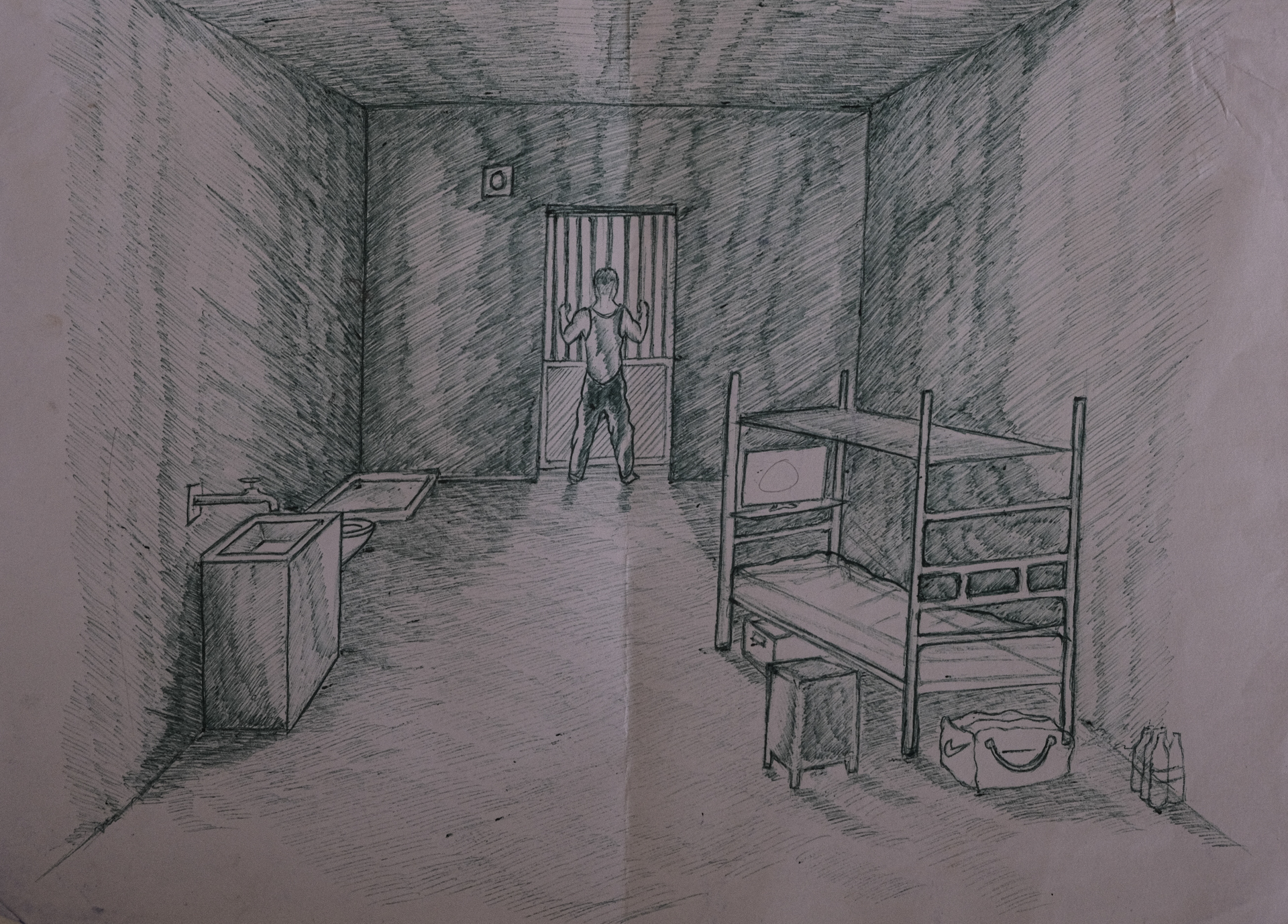 How might we bridge the distance between prisons and the communities that surround them? What kind of justice-centered project might facilitate artistic expression and an encounter with the humanities, while also reaching out to broader audiences? In this workshop anthropologist and filmmaker Stratis Vogiatzis from the Caravan Project http://www.caravanproject.org/en/ meets with faculty and alumni of Columbia’s Justice-in-Education Initiative Neni Panourgiá (JIE Academic Adviser) and Martin Garcia, Wilfredo Laracuente, and Robert Rose (JIE Alumni), to discuss the SNFPHI-supported project Chios’ Other Voices, a project based on the attempts by people incarcerated in the prison facility on the island of Chios, Greece, to produce a prison zine. Drawing on Columbia’s Public Humanities resources and collections of DIY publications, the project supports incarcerated individuals, many of them immigrants who lack a shared language of communication, in creating a zine.

This event is open to the public with advanced registration. 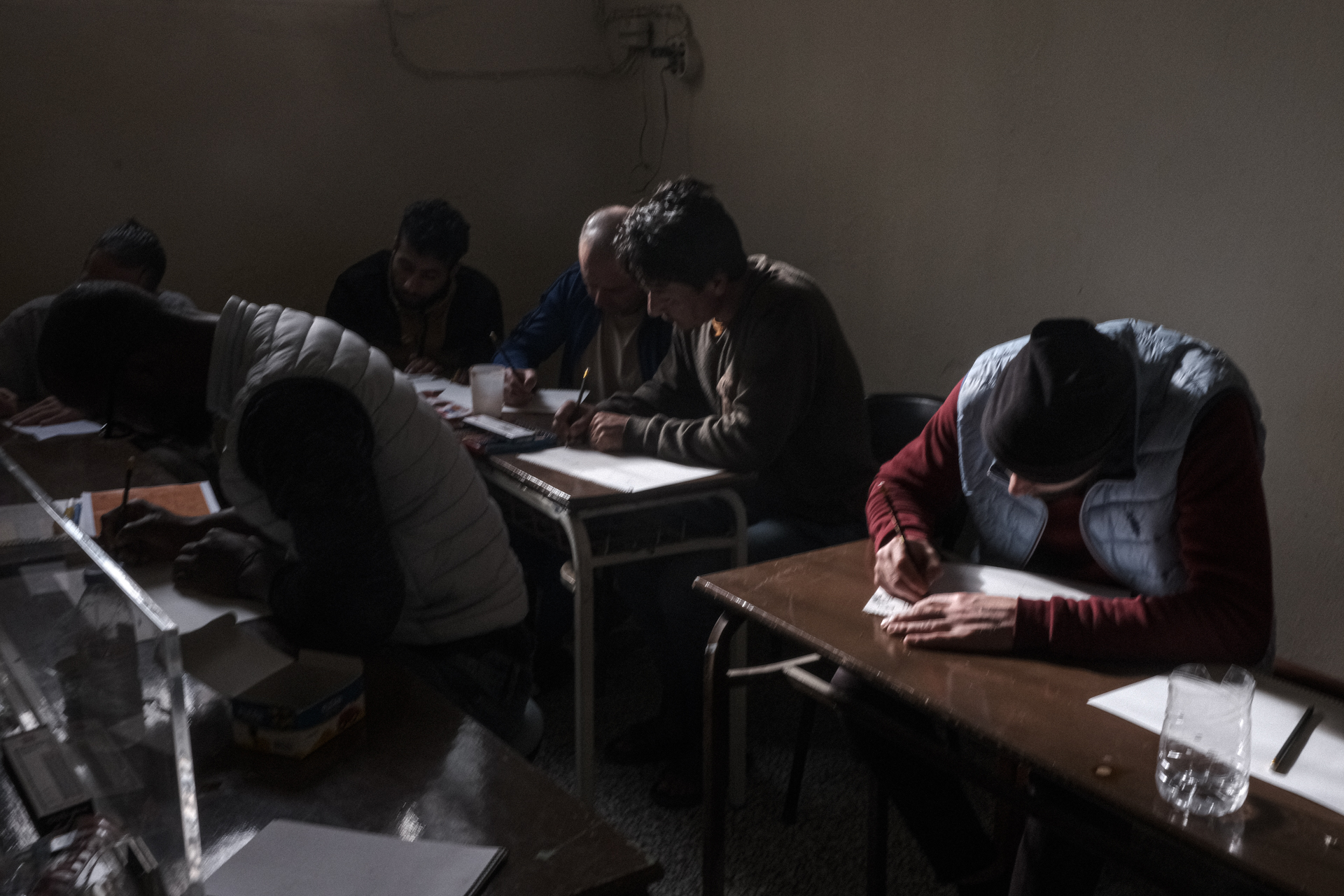 Stratis Voyiatzis
Stratis Vogiatzis is a filmmaker, anthropologist, photographer, and writer, currently living on Chios, Greece. He has studied Economics and Political Science in Thessaloniki and Social Anthropology in Amsterdam. Stratis has published five books and has directed several award-winning independent films. He is the founder of the Caravan Project, a non-profit organization that promotes participatory arts practices, informal education, social and solidarity economy methods.

Martin Garcia
Martin Garcia is The Marshall Project’s manager of “News Inside” and “Inside Story,” the print publication and video series, respectively, both of which are distributed in hundreds of prisons and jails throughout the United States  https://www.themarshallproject.org/?ref=nav. At the Marshall Project Martin produces “News Inside” in conjunction with Lawrence Bartley, the Publisher of The Marshal Project Inside. In this capacity he curates the articles, creates content for most of the other sections of the magazine, and coordinates the production and overall design cycle. For “Inside Story,” Martin Garcia supports as a producer Lawrence Bartley and Donald Washington, the Director/Producer of the series. For both, he manages correspondence, audience engagement, metrics tracking, outreach, and distribution.

Martin is the co-chair of The Marshall Project’s Diversity, Equity, and Inclusion (DEI) Committee. Aside from his work at The Marshall Project, Martin Garcia sits on the Advisory Board of The Osborne Association’s NY Initiative for Children of Incarcerated Parents. He has an Associate’s Degree in Science from Mercy College and will be pursuing a Bachelor’s Degree in Business Administration.

Wilfredo Laracuente
Wilfredo Laracuente is an advocate, educator, and formerly incarcerated leader. He aims to provide a voice for incarcerated people by not only providing insight into the struggles that incarcerated people face daily, but actively working towards deconstructing the harmful and dehumanizing nature of prison. At Sing Sing prison he served as the in situ program coordinator for the Prison Education Project of the Justice-in-Education Initiative at the Center for Justice at Columbia University, assisting in teaching incarcerated students.

After coming home in July 2021, Wilfredo has mentored justice-involved young people at the CfJ project Justice Ambassadors Youth Council and guided them through developing coping mechanisms associated with trauma and stress. Wilfredo currently works as a workshop facilitator for Fedcap Inc., providing foundational skills for men and women directly impacted by the social justice system. While working for the Osborne Association at Sing Sing Correctional Facility, Wilfredo Laracuente created A Father’s Voice as a promotional tool to highlight the services provided by the Osborne Association and the work men were investing in their own habilitative process.

Before coming home, Wilfredo spent 20 years incarcerated at Sing Sing during which time he earned his Bachelor’s degree in Behavioral Science.

Robert Rose
Robert Rose is an activist and researcher with a focus on dismantling the prison industrial complex and working towards improving the lives of people currently incarcerated. Currently, he serves as a Digital Media Fellow at Second Chance Studios. His work aims to expose the commercialization of the criminal legal system and advocate to protect and return the economic resources extracted from directly-impacted communities.

He organizes and leads campaigns that help equip consumers, investors, elected officials, celebrities, litigators, advocates, and the public with the tools needed to challenge those who profit from our nation’s carceral crisis. Robert was involved in the Sing Sing Prison Museum where he utilized oral histories and historical analysis to tell the story of the history of incarceration in New York over the past 50 years. Previously. He worked as a Research Fellow with Columbia University’s Center for Justice and as the Production Manager for TEDxSing Sing.

While incarcerated at Sing Sing Robert was the editor for the three-issue series “Inmate Spotlight” of the Sing Sing Chronicle, an incarcerated persons’ newspaper. The Sing Sing Chronicle focused on highlighting individual men in Sing Sing; discussed current legal precedence that would help men explore appealable issues in their case in addition to navigating child support, visitation and other issues; and covered all the major happenings in the facility, such as graduations and family events. It focused further on keeping all of the men aware of what was going on and provided a call to action to get involved in programs those men who were not. Material for the content was solicited from the entire Sing Sing population.

Robert has contributed to a multitude of reports with organizations including Worth Rises, the Sing Sing Quaker Worship Group, and the National Association of Criminal Defense Lawyers (NACDL). Reports include “The Prison Industry: Mapping Private Sector Players,” “Reducing Violence from Within,” and a new study criticizing courts for penalizing those who refuse to plead guilty.

He earned his Bachelor of Science in Behavioral Science from Mercy College and a Master of Professional Studies from New York Theological Seminary.